Home Bread Bread And Weight: Eat One And Lose The Other

Is the size of your tummy worrying you? Or are you on a quest to uncover the best secrets to healthy living without saying goodbye to your favorite food?

Both are natural reasons, but should you even be eating bread when on a diet? You’ve probably heard rumors about bread being a massive blow to a person’s weight.

But you’re lucky because this article will discuss bread and give you a list of the best types that won’t trigger the weight button of your body!

What Properties In Bread Make It Safe For Your Weight?

White bread is by far the worst culprit in being responsible for unwanted weight gain. Before you even try other types of bread, your mind just goes, “…But bread isn’t healthy,” and it’s so wrong. So how are the healthier options different?

They don’t have all the nasty things that white bread contains and have better ones instead.

A low Glycemic Index (GI), high fiber and protein content, and lower carbs are some areas to look out for. If the bread qualifies in all or most of these criteria, it’ll most likely be a healthier bread option.

Before we go deep into the study of bread, let me tell you a little secret. The healthiest bread is the one you make yourself. And if you don’t have a bread maker in your kitchen arsenal yet, then go here,  write in the search bar what you are looking for, and make a choice.

Whether you like your bread plain or toasted, these options are a lot better than white bread. And you’ll probably find most of them if you have a fancy bakery in your neighborhood. Else, try baking them at home!

If you want to start your bread diet at low calories, you might want to consider including whole-grain bread. This bread feels chewy and is so hearty that it’ll grace any of your meals.

Besides, they’re full of fiber, low on calories, and will keep you satiated for a long time. But that’s not all; you’re welcoming a whole lot of vitamins and other essential nutrients by eating whole-grain bread.

Now that’s a total win-win when considering how often you’ll need to eat in a day without starving yourself.

Anything that takes effort to create is not without worth, and so is this bread. Their crusty exterior makes them suitable for a long shelf life while the interior remains soft and fluffy.

Also, if you’re familiar with its procedure, this bread demands a lot of fermentation, and this is key to achieving a low glycemic index because the starch gets broken down during the process.

When you get a sourdough (or bake one yourself), make sure it’s made of mixed-grain flour. Those made with white flour contain only a little fiber and won’t prove very effective in achieving your diet goals.

In addition, probiotics in the bread, which develop during fermentation, help boost your gastrointestinal health.

As the term suggests, this bread is made of flour made from sprouted grains. Here, the grains are allowed to sprout after soaking them in water. Sprouted bread is a low-calorie, low-carb bread with a low GI.

Because the grains are sprouted before being ground into flour, they contain more nutrients, especially B vitamins and folate, and become easier to digest. This is because sprouting increases the amount of fiber in the grains significantly.

What’s best about this bread is its versatility. And the best way to grab hold of this advantage is to choose gluten-free grains to sprout. That way, your bread will turn out gluten-free, making them safe no matter what your dietary restrictions.

If you’re familiar with flaxseeds, you know they’re rich in proteins. So you can already guess what’ll happen when you eat bread made of these seeds– no more constant appetite rush!

Now, this doesn’t mean you’ll be eating lesser than what you need; you just won’t feel the need to eat unnecessarily.

When considering calories alone, flaxseed bread is so much better than most options on the list– a single slice has just 80 calories, while others have at least 100. However, it isn’t widely distributed as yet.

Flaxseeds are also known to contain Omega 3 and 6, so there’s nothing to dislike about the bread, is there? The bread also has a decent amount of fiber and tastes interestingly nutty.

The flour used in this bread has every nutrient from the wheat grains. Since they’re not refined, they have a high fiber content which comes from the wheat bran.

Along with maintaining a healthy weight, 100% whole wheat bread can have impressive effects on diabetes (type 2) and people with cardiovascular issues.

This bread is also rich in vital nutrients like selenium and manganese. And it also helps in improving digestion and keeps you feeling satiated.

However, before you stock up on some of this bread, make sure you don’t have a wheat allergy; if you do, you’ll have to stick to the other options.

Why You Can’t Just Cut Off Bread From Your Diet

When we say bread, it’s not just the plain bread that you buy at some stores and the like; there are more and better ones.

Everything from sandwiches to the bread that comes in your burger and soups uses bread, so it is not an exaggeration if anyone says that we cannot live without bread.

So, with so many ways to consume it, you cannot stop but wonder what it does to your body, especially because white bread contains so much sugar and has a high glycemic index.

But healthier bread options can make excellent sandwiches and many other recipes to aid your weight loss plan. So, you need them!

The most common and inexpensive white bread is simply loaded with all the qualities that make it a bad first impression on the other variants as well. They have everything from a high sugar and carb content to being gluten-rich and low on key nutrients.

However, that’s just one face of the entire bread variety. Sourdough and whole-grain bread are healthier options that are also easily accessible.

But if you ever get your hands on some flaxseed, sprouted, or 100% whole wheat bread, you’ll know you’re in for a treat– all without gaining some extra inches on your tummy! 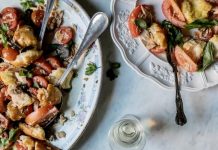 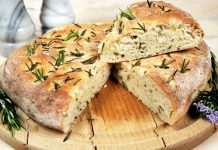 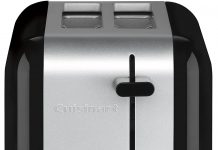 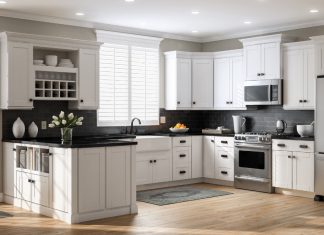 Remodeling Your Kitchen? Here is What You Might Want to Consider

Peter Mo - December 4, 2022 0
Remodeling your kitchen can be a time-consuming process, as well as an overwhelming one, however, once it is done, you will find that it...

What to Eat After Giving Blood