Home Biography Antonio Carluccio’s Net Worth 2022 and Everything to Know About the Godfather...

Antonio Carluccio, a restauranteur, OMRI, OBE, and the legendary chef was born on April 19, 1937, in Italy. He is also known as the godfather of Italian gastronomy and has written about two dozen cookbooks and was the head of the Italian food shop chain Carluccio’s during his five-decade-long career. Here’s everything you need to know about the godfather of Italian gastronomy, including his net worth.

Antonio Carluccio was born on the Amalfi Coast but was raised in the wooded North-West. The area where he was brought up gave Antonio a privileged breadth of culinary knowledge. He started collecting mushrooms and hunting at the age of seven. Then, he moved to Germany, where he lived for several years.

In 1975, he moved to London where he started learning English and traded as a wine merchant of Italian wines. He continued collecting mushroom as a hobby and he found many varieties of mushroomsin the English countryside, which were completely undiscovered until then.

In 1981, Antonio took over the Neal Street Restaurant in Covent Garden. Then, 1991, he opened a deli next to the restaurant. He started his first Carluccio’s Caffè in Market Place, London in 1998.

He appeared on BBC 2 in 1983 where he talked about Mediterranean food. It was then when he was asked to write his first book, An Invitation to Italian Cooking. After the first one, Antonio has written thirteen books and was part of several television programs.

He participated in the popular BBC series Two Greedy Italians in 2011 in which his travels were filmed. He co-hosted the show alongside Gennaro Contaldo. His Carluccio’s chain has 57 UK locations and has franchises in Dublin and in 6 countries in the Middle East.

Antonio Carluccio was awarded the Commendatore OMRI by the President of Italy in 1998. Then, he was awarded an honorary OBE in 2007.

2012 was especially memorable for him, as that’s when he earned the AA Lifetime Achievement Award and released his autobiography, A Recipe for Life.

Antonio’s third wife was Priscilla Conran, with whom he was married from 1980 to 2008. Antonio Carluccio passed away on November 8, 2017, from complications following a fall in his home in the UK.

It is estimated that his net worth stands at 100 million. 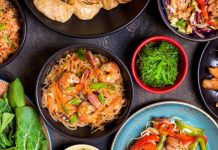 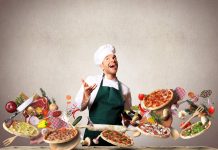 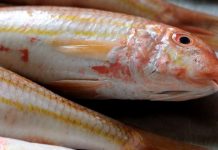 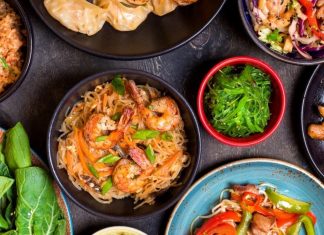 Stephanie Bridger - December 3, 2022 0
Chinese cuisine is one of the most respected cuisines in the world. Thanks to the long tradition, many ways to prepare dishes, and unique...

Melted Plastic In Oven Can I Still Eat Food? – Precautions