Good food is one of those things that are appreciated throughout the world. Especially in places like Singapore, where food is a big part of the culture. Singaporean cuisine is diverse and incredibly rich. You can find all kinds of sweet and savory dishes to enjoy here. And Singaporean food is also unique. Just like its culture, its cuisine has been heavily influenced by the flavors of its neighboring countries. You will find Chinese, East Asian, and sub-continent flavors coming together to produce something that you will not be able to find anywhere else in the world. Singaporean desserts are an adventure for your senses. Their tastes smell and presentations will help you appreciate this East Asian country.

Today, we’re going to explore the sweet side of Singaporean foods. This country has a variety of sweet dishes that are worth trying. We’ll be covering the best 10 Singapore desserts to eat. Each dessert is bound to send your taste buds on a journey of flavors. You can check more on best10singapore.com. It’ll be hard to showcase Singapore’s diverse desert scene in such a small list. But we have managed to handpick some of the most popular dishes in the country and added them to this list.

This dessert is a classic example of how Singaporean cuisine is a mix of cuisines from all across the globe. It’s a Dutch-style chiffon cake that is made using traditional Singaporean ingredients. The cake consists of pandan leaves and coconut milk. Both of these ingredients are quite common in Singaporean desserts. The pandan leaves give the cake a vibrant green color. And the cake’s creamy texture makes it a joy to eat. Pandan chiffon cake is so popular that it has been dubbed as Singapore’s national cake.

This dessert is common all throughout South East Asia. Every country has a different take on it, and Singapore’s version is by far the best. Chendol consists of shaved ice doused with palm sugar syrup. This base can be topped with any number of things to make the dessert more fun. In Singapore, you’ll find Chendol topped with a mixture of coconut milk, green rice flour, and a selection of sweetened beans. It’s a hearty and refreshing dessert.

The durian fruit is quite popular in Singapore. Despite its smell, the fruit has a wonderful flavor. Durian Pengat is a dessert that is all about this fruit. It consists of cooked durian and coconut milk paste and fresh durian on the top. This dessert is a great way to give this controversial fruit a try.

This dessert can be enjoyed in the winter as a hot indulgence or in the summers to cool you off. Cheng Tng is a clear soup made from cane sugar. The soup is filled with a variety of items such as dates, barley, and sago beans. Cheng Tng is popular for its flavor and for its ability to soothe your throat. You can find this food item being served by street vendors in various places.

Another dessert consisting of shaved ice, Ice Kachang is doused with sugar syrup or condensed milk. At the bottom of the shaved ice, there are loads of sweet goodies that you can dig into. This dessert is simple, but really delicious and also refreshing. It’s the perfect thing to have on a hot summer day.

This is a Chinese dessert that has found its way into the hearts of Singaporeans. Orh Nee consists of a yam paste that is doused in sugar syrup. It’s a really sweet dessert that is traditionally eaten at the end of Chinese weddings in Singapore. For people who can’t handle its extreme sweetness, there’s a sweet and savory version of the dessert as well.

This dessert is as delicious as it is aesthetic. Pulut Hitam is made by boiling black rice until they become creamy and soft. They are then left to simmer in a mixture of palm sugar syrup and pandan leaves. Finally, it is garnished with coconut milk and then eaten. You can find this hearty dessert along the streets of Singapore.

Ice cream is quite popular in Singapore. Adults and children can often be seen swarming around ice cream carts. Singapore has a unique way of eating ice cream; instead of having it with a waffle cone, it is had with wafer slices or pandan flavored bread. Ice cream is sandwiched between either of the two and had on the go. Singapore also has a variety of unique ice cream flavors that you can explore.

Another Chinese dessert that has become popular in Singapore. Tang Yuan is basically glutinous balls of rice that are stuffed with bean paste or sesame stuffing. The balls are dipped in sweet soups made from various ingredients. Tang Yuan is great for warming your belly on a cold day.

The best way to describe this dish is by calling it a soybean pudding. Soy milk is slowly cooked and reduced until it forms curds. These curds are then cooled down and eaten with sweet syrup. The curds can also be had when they’re still hot. The hot and cold nature of Soya Beancurd makes it a versatile dessert that’s great to have year around.

Singapore has a huge variety of dishes to offer. Even as a local, you need to do a lot of exploring before you can say that you are familiar with your country’s cuisine. Whether you’re a foodie or someone who wants to explore Singapore properly, the cuisine here is worth exploring. 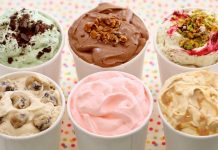 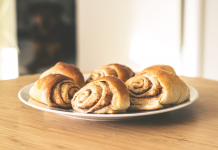 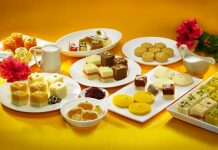 Best Sweets You Can Easily Make 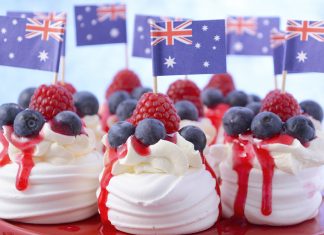 Michele Herring - December 9, 2022 0
If you have ever wanted to visit Australia but couldn’t get the time, one of the best ways to bring the spirit of a...

What to Eat When You Are Pregnant