Home Tips Unpopped Popcorn – Why Do Some Popcorn Kernels Not Pop – 2022...

Who doesn’t love to enjoy the bites of large and tender pieces of popcorn? It creates a storm of flavors and taste inside your mouth that you always cherish to get flooded with, right? In fact, can you ever think of enjoying your favorite movie on the long-awaited weekend night without a bowl full of tasty popcorn? Whether you enjoy a cinema at the theater or your home with your family, a bowl of warm popcorn alone can make an average film an epic one making it worth your precious time.

But you may find a handful of unpopped, jaw-rattling rock-hard kernels as you reach the end of the bowl. No matter how closely you follow the tactics of getting perfectly popped ones, you are sure to find these ‘old maids’ or ‘spinsters’ as you reach the end. Well, you can reduce the level of unpopped popcorn if you purchase the best quality kernels from premium brands. Wellfed understands your urge to enjoy those large morsels and has come up with a list of some quality brands. Thus you can review them, know about the specialty of this distinct type of corn, and make your movie-time more enjoyable.

We know that popcorn is distinct from other varieties of corn because of the ‘pop-ability,’ right? But have you ever thought about why they pop up? Well, it’s no longer a rocket science that the ‘pop-ability’ depends on the moisture the seeds hold. It needs a precise quantity of water, approximately 14%, inside to get popped. But it is also a variable of the construction of the exterior surface of the kernels, the solid layer enclosing the endosperm that contains the oil and moisture combined with starch of the popcorn. It’s firm and impenetrable to moisture, and the optimal constitution of this shell spurs the process of getting popped ones.

When we heat the kernels crossing the boiling temperature of the water, it causes the moisture inside the starchy center to get superheated and become pressurized vapor. The inner pressure keeps building and cannot get out of the surface because of its impervious structure. In such a situation, the starch becomes fluffy and malleable by getting gelatinized. When the temperature keeps rising around 347 degrees Fahrenheit, the steam becomes so pressurized that the hull bursts rolling inside-out. As soon as the hull bursts, the inner pressure of the kernel decreases, and the vapor gets expanded immediately. With the fast explosion of the steam, the proteins and starch of the seed also get expanded, taking the airy form of popcorn.

The foam chills down quickly with this rapid process and makes the starch and proteins crunchy. Your cherished, and super-tasty popcorn is ready to grab!

Why Do all Popcorn Kernels not Pop?

If the above is the process, then why do some kernels remain unpopped even after following the instructions precisely? Well, there lie several reasons.

To get perfectly fluffy and popped popcorn, you need to heat them at an optimal temperature. If you cook the kernels at a higher rate so readily without regulating the temperature, the proteins and starch do not get enough time to gelatinize and get exploded immediately. As a result, you end up with partially popped popcorn.

On another side, if you heat them so slowly, the vapor in the hull will leak, resulting in totally unpopped popcorn.

You can even get unpopped ones if the composition of the kernels is not adequately hard. The outer surface of the seed, what we call a pericarp, is made of cellulose. A hard shell exhibits a perfectly aligned crystalline pattern of cellulose. The harder the surface is, the more pressure of the moisture and oil inside it can retain. So you can expect more kernels to pop.

If the shell is weak, it can minimize moisture retention. Thus the moisture inside the starchy center gets leaked through the hull. As a consequence, the pressure cannot rise to the superheated level, resulting in unpopped ones.

Again, if the oil and moisture level inside the kernels exceeds the optimal quantity, they may not pop the way you want.

Then how can you assure of getting kernels with harder surfaces that can hold the pressure inside? Scientists are relentlessly trying to produce genetically engineered popcorn, having a strong crystalline cellulose formation without hampering the general method of popping. It sounds interesting, right?

Freshness is another vital aspect that significantly influences the popping of popcorn. The fresher the kernels are, the more popping you can expect. You have to go for the seeds that can be stored for longer without compromising the quality. They also pop evenly, offering a more crunchy texture. If the seeds are not fresh enough, you will end up getting chewy and half-popped popcorn. Old kernels cannot hold the moisture inside as they come in contact with oxygen when they are stored for long.

To get that excellently exploded, crispy and airy popcorn, reducing the number of unpopped ones, you have to purchase the premium quality kernels. In fact, it is the foremost step on your way to getting a batch of excellent popcorn.

The percentage of ‘old maids’ is 4 percent when you use kernels of premium quality brands, whereas it is 47 percent with the cheap ones.

Some Mistakes to Avoid

Despite choosing the best quality kernels from the premium brands, you may not find the taste you desire or end up getting unpopped ones at the bottom of your bowl because of some mistakes as follows:

So, to get the most out of the process, you need to have the popcorn kernels with harder shells containing the optimal amount of oil and water and heat them at the perfect temperature without making any mistake. And nothing can be better than carefully produced organic kernels to meet your cravings for tasty and perfect popcorn! When To Open Instant Pot: The Safest Time To Do It? 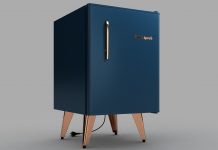 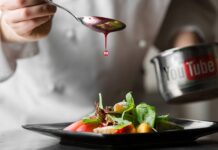 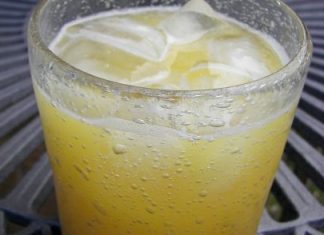 Amy Martins - July 6, 2022 0
Mango with Lime Syrup An extremely simple recipe with lots of fresh flavour. The best mango to use here would be the Alfonso variety from...