Home Life & Food What Is Bottarga? 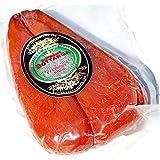 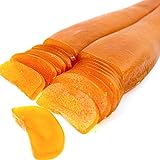 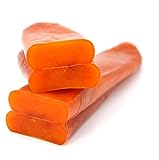 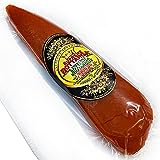 Supreme Bottarga, Half Lobe “Ouro do Brasil” Kosher Bottarga di Muggine - Units Weigh Between:...
Check on Amazon
Bottarga is a product of salted, cured fish roe, usually of the bluefin tuna or the grey mullet, or even the yellowfin tuna. Bottarga is also known as boutargue, butariga, batarekh, avgotaraho, and others. This delicacy is featured in the Mediterranean cuisine.

The ways of preparing the culinary gem are numerous, but what is common for all of them is that the fish roe is massaged by hand to eliminate air pockets, then dried and cured in sea salt for few weeks. Numerous regions prepare bottarga, including Italy, Greece, France, Africa, Spain, Norway, Croatia, Turkey, and the United States. The delicacy is also known as Mediterranean caviar, and in some regions, they call it the poor man’s caviar.

The name bottaga was taken from the Italian language, but it originates from the Arabic word battarikh. The dish was first made by a fisherman who did not want to throw away any part of the fish they caught. In order to conserve the delicious and delicate eggs, fishermen used salt. Since it takes time to create it, and it has a unique taste, bottarga became a precious and refined product. At that time it was not a surprise to get this ancient product as a valuable gift.

Ancient writings suggest that the Phoenicians enjoyed this culinary gem, and so did the Egyptians. It is also interesting to mention that several ancient Egyptian murals depict fishermen engaging in the cleaning, salting, and drying process, which is used to make bottarga. Later on, the Greeks and Romans included bottarga into their culinary culture.

In Sardinia, they use the roe of grey mullet to make bottarga, and since that fish is the most refined and expensive one, and has golden or amber color, the product is also called Sardinia’s gold. Every year, 150 tonnes of Sardinia’s gold is consumed, which takes 2,300 tonnes of grey mullet to make it, therefore the fish needs to be shipped in from other parts of Italy.

How Is Bottarga Made?

As it was previously said, different regions have different ways of preparing bottarga, but some things are the same everywhere. In order to not damage the membrane containing the roe, the roe pouches need to be delicately extracted from the fish’s belly. In case the damage happens, producers use the roe to make ground bottaga. It is more convenient when preparing, so it is more appreciated.

After that, the sacks need to be washed in iced water. In case the fish is tuna, the washing should be done several times. Afterward, they are massaged by hand to eliminate any air pockets. Producers use sea salt to cleanse the sacks, putting them in overlapping layers and leaving for weeks. The amount of weeks depends on the producer and the climate. After the time of leave, the resulting slabs need to be washed again and the brine and other liquids have to be eliminated. The next part of the preparation includes an „aging room“. The aging room is wide, well ventilated and dried space, where the slabs are either hung from the ceiling or laid down on wooden shelves. The slabs need to be periodically turned to achieve an equable drying process.

Depending on the size of the roe, they mature for up to several months. After this part of preparation is done, you get a dry and intensely flavored slabs. Some producers cover those slabs with beeswax or paraffin, in order to keep them soft. Bottarga is usually added to different dishes like pasta dishes, vegetables, eggs, salads, and sometimes even meat. The ancient product gives those dishes a unique and distinctive flavor.

What Is The Difference Between Bottarga And Caviar?

In the United States and Canada, only roe derived from sturgeon can be labeled as caviar. To make bottarga, producers use eggs from grey mullet or tuna, so by the previous „definition“, those can not be called caviar.

However, the process of creating both bottarga and caviar is pretty similar. Before both become the final product, they need to undergo a salting and curing process. The differences in sourcing criteria are making caviar much more expensive, where you pay for an ounce between $100 and $1,000, while an ounce of bottarga costs between $6 and $18. 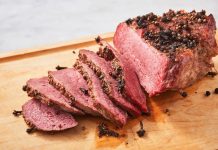